The Seductiveness of the Metaxy 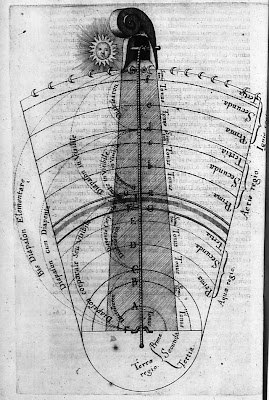 When we speak of the metaphysics of the Interval we are, however, using a term whose primary meaning could not be more mundanely material. For, the interval is a dead metaphor that originates in the earthworks of Roman military architecture. The intervallum was literally that which lay between two lines of stakes (a vallum, or palisaded entrenchment); it was the space between the ramparts of a legionary camp. In Greek, however, “the interval” is abstract from the outset, referring to spatial or temporal relation rather than to any definite physical space. It is τὸ μεταξύ, the metaxy, a substantival use of the compound adverb/preposition μεταξύ (“in the midst of”, from μετά “between” and ξύν “together with”), used of place (“between”) and time (“between-whiles,” “meanwhile”). In grammar, τὸ μεταξύ is the name for the neuter gender, the class of declensions that are neither masculine nor feminine. Derived from μεταξύ, the noun metaxytês (ἡ μεταξύτης) is another term for the diastema (τὸ διάστημα – “space between”), or interval in music. In the sixth century A.D., the Greek philosophical scholiasts of the late Roman period, for example Olympiodorus Philosophus, who wrote commentaries on Plato and Aristotle, coined the term metaxylogia (μεταξυλογία) to refer to a digression, an intermediate passage within a text, a temporary lapse from the main subject. The text that follows might therefore also be named a metaxylogy, in the sense that it is a digression in between texts arising from the “Seductiveness of the Interval” exhibition installed within the space of the Romanian Pavilion at this year’s Venice Art Biennale, but also in the sense that it is a discourse, a logos concerning the Interval, or metaxy. 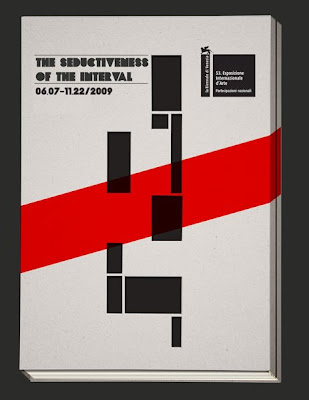 In the singular, τὸ μεταξύ does not occur as such in the extant works of Plato, although Aristotle (Metaphysics, 987b) reports that his teacher admitted an “in-between” (μεταξύ) class of things, in the interval between things perceptible to the senses (τὰ αἰσθητά) and the Forms, or Ideas (τὰ εἴδη), knowable by the mind; these are the objects of mathematics, eternal and immutable like the Forms, but unlike them multiple. The interval is therefore necessarily a space of multiplicity, participating in both the immutability of the eternal and the plurality of the temporal. Indeed, it is as a neuter plural (τὰ μεταξύ), referring to “intermediate” or “in-between things”, that the metaxy occurs in Plato’s Gorgias (468a), where Socrates discovers through dialogue with Polus that there is a neutral class of things, qualities, states and actions which are neither good nor bad (τὰ μήτε ἀγαθὰ μήτε κακά). While our actions may in themselves be neutral or intermediate (Socrates gives the examples of sitting, walking, and running), we always act in pursuit of the good, however. Even evil actions are committed for the sake of the good; they are evil as a result of their agents’ perverted understanding, whereby the Good and the Truth become obnubilated in the soul. Similarly, in the Neoplatonist philosophy of Plotinus, the metaxy occurs with the masculine plural definite article: men are οἱ μεταξύ (“the in-between ones”), in the middle place between gods and beasts (Enneads, III, 8, 10-11). Just as the earth lies in the middle point of the heavens, so man is suspended between god and beast, matter and spirit, time and eternity, corruption and perfection. This position is not, however, one of inertia, but rather one of continual tension: caught between the lower and upper strata of the cosmic order, man alternately inclines towards both (ῥέπει ἐπ᾽ ἄμφω). 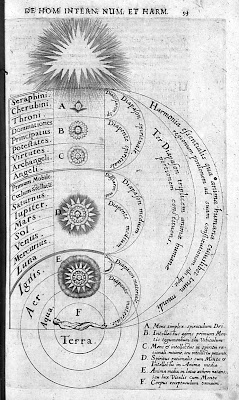 Whereas for Plotinus man is the interval, the middle term between lower and higher, between beasts and gods, with a shift of metaphysical perspective man himself might become the lower term, with a further interval opening up between him and the gods. Likewise, the earth, instead of being the middle point, might equally be seen as the lowest point on a vertical scale at whose pinnacle are situated the heavens. In a dialogue entitled On the Obsolescence of the Oracles, by Platonist philosopher Plutarch, we learn (the speaker at this point in the text is Cleombrotus) that there is an interval between earth and moon (μεταξὺ γῆς καὶ σελήνης). Far from being void, this interval is filled with air (ἀήρ, “(lower) air”, as opposed to αἰθήρ, the “upper air”, “aether”, or “heaven”), which, were it removed, would destroy the consociation (κοινωνία) of the universe. The lower air is also the abode of the intermediate race of daimons (δαιμόνων γένος), whose function is interpretative, hermeneutic, and without whom man would either be severed from the gods altogether or subject to the confusion of unmediated contact with them (De defectu oraculorum, 416e-f). According to Jewish philosopher Philo of Alexandria (De somniis, I, 141), on the other hand, the daimons of the philosophers are, in fact, the “angels” of “the divine word” (ὁ ἱερὸς λόγος) of Hebrew scripture, intermediaries of the Interval, who convey back and forth (διαγγέλλουσι) the exhortations of the Father to His children and the wants of the children to the Father. 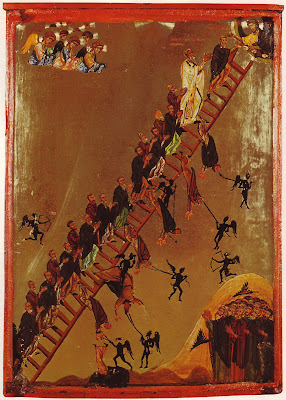 The plastic image of this traffic or commerce between the world above and that below, which occurs within the ambi-directional space of the Interval, is, of course, the ladder. Philo of Alexandria, in his commentary on Jacob’s vision of the ladder (Genesis, 28:12), says that κλῖμαξ (“ladder”) is a figurative name for ἀήρ, whose base (βάσις) is the earth and whose top (κορυφή) is heaven (De somniis, I, 134). Furthermore, just as the universe is, figuratively, a ladder, or interval, so too is the soul. Here, the foot of the ladder is sense perception, corresponding to the earthly element, while the top is the mind, the nous (νοῦς), corresponding to the heavenly element (De somniis, I, 146). Like the angels, the words of God move up and down the entire length of this ladder, reaching down through the interval to draw the mortal mind upward.
The mind’s ascent of the ladder is an arduous undertaking, an exertion of the soul that Philo names ascesis (ἄσκησις, “exercise, training, practice”). The ascent is not continuous, but rather oscillates, with the practiser/ascetic alternately gaining and losing height, now wakeful, now asleep, pulled in opposite directions by the better and the worse (De somniis, I, 150-152). The practisers thus dwell in the interval; they are “midway between extremes” (μεθόριοι τῶν ἄκρων). At the topmost extreme dwell the wise, who have always striven for the heights, and at the bottommost extreme dwell the wicked, who have ever made dying and corruption their practice.
Man’s condition as one of “those-in-between,” pulled between good and evil, inclining now toward base perdition, now toward the transcendent, is conditional upon his existence within time, within becoming. For those in Hades or Olympus, in hell or heaven, which exist outside of time, further change is impossible, however. Yet even at this eschatological level there is an interval, an intermediate state that is neither good nor evil, wisdom nor wickedness, hell nor heaven, angel nor devil. According to a mediaeval popular tradition, traces of which can also be found in the legend of the Voyage of St Brendan, there was a third, neutral faction of angels during the revolt in Heaven, who were neither for God nor His enemy, Lucifer. These angels were cast out of Heaven, but rejected by Hell. Instead, they dwell in the interval between the two eschatological planes, an indeterminate zone that is neither good nor evil. In the Divina Commedia of Dante, they are to be found in the vestibule or threshold of Hell, among those who are neither dead nor alive, “the sect of caitiffs, hateful to God and to His enemies” (“la setta dei cattivi, / a Dio spiacenti ed a’ nemici sui” – Inferno, 3, 62-63). 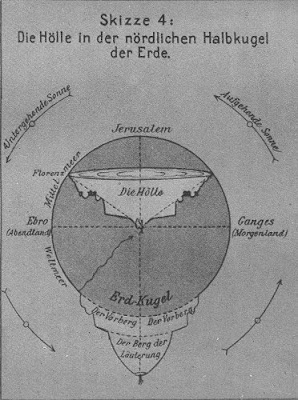 The interval as threshold is also the locus of a peculiar, intermediate genre of literature, the σπουδογέλοιον or joco-serium (“serious-jesting” or “jesting-serious” – серьезно-смеховой), whose history is traced by Mikhail Bakhtin in Chapter Four of Problems of Dostoevsky’s Poetics. The genre springs from the tradition of the Socratic dialogue, of which, apart from Xenophon, Plato is the only extant exponent. In itself a discursive form of the interval, a polyphonic intermediation whereby latent truth and knowledge are brought to birth by the participating speakers, or “ideologues”, as Bakhtin names them, the σπουδογέλοιον is an eschatological “dialogue on the threshold” (Schwellendialog, or диалог на пороге, in Russian) that takes place in the interval between earth and underworld or between earth and heaven. One of the most famous classical examples is Seneca’s Apocolocyntosis (Pumpkinification), a parodic apotheosis, in which the Emperor Claudius, having given up the ghost via the back passage, is turned away from the gates of Olympus. 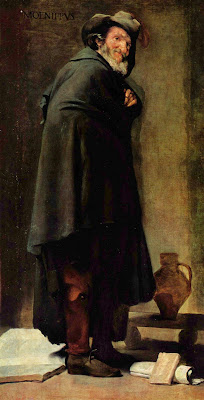 The chief protagonist of the serious-jesting eschatological dialogue on the threshold is, however, Menippus of Gadara, a third-century B.C. Cynic philosopher of Phoenician origin, who is said to have been the originator of this literary genre, known also as “Menippean Satire,” although none of his writings are extant. (In Lives of Eminent Philosophers (6, 101), Diogenes Laertius reports that Menippus composed, among other writings, a Νέκυια, or Journey to the Underworld.) Menippus, as satirical ideologue of the Interval, is the central character in a number of dialogues by Lucian of Samosata, all of which take place on the threshold between worlds: for example, the Icaromenippus, in which the Cynic fashions himself wings and flies to heaven to discover the (less than flattering) truth about the gods; and the Necyia, possibly inspired by the lost writings of the Gadarene, in which he descends to Hades to mock at the miserable fate of kings and millionaires in the afterlife. 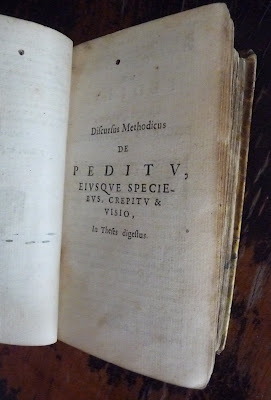 The σπουδογέλοιον continues as a distinct, recognisable genre until as late as the seventeenth century, a fine example being the monumental anthology Amphitheatrum Sapientiae Socraticae Joco-Seriae (Amphitheatre of Jesting-Serious Socratic Wisdom), published by Caspar Dornavius in 1619. The Amphitheatrum contains liminal, intermediate texts, ambiguously situated between high and low, which treat derisory subjects in a grandiloquent way, or which are simultaneously scholastic and absurd, such as the Disquisitio Physiologica de Pilis (Physiological Disquisition on Hair) by Joannes Tardinus, which painstakingly exhausts all the philosophical, theological, historical, geographical, medical and scientific possibilities of the subject, or the De Peditu eiusque Speciebus, Crepitu et Visio, Discursus Methodicus, In Theses digestus (On Farting and its Species, Crackle and Stench, Methodical Discourse, Arranged in Theses), by the pseudonymous Buldrianus Sclopetarius, a mock philological, historical, scientific and even musicological tract whose title speaks for itself. 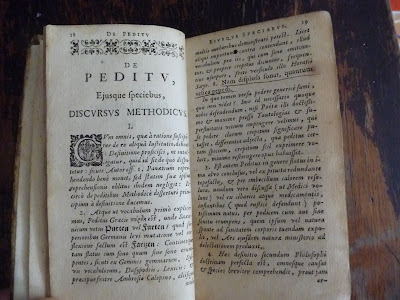 In conclusion, as a space of tension between two static extremes, it is only the existence of the metaxy that enables the possibility of ambi-directional movement, thereby creating a medium of communication. The metaxy can also be ambivalent – Bakhtin would say “carnivalesque” – abolishing and merging hierarchical opposites. And hence the seductiveness of the metaxylogical. 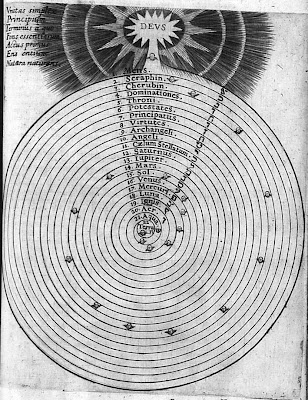 Labels: Bakhtin, Hell, ioco-serium, Plato, The Seductiveness of the Interval

This brilliant and provocative essay has, of itself, altered the course of my Dissertation - as yet nameless, but provisionally called The Hermeneutic of the Metaxy: Nothing That Isn't There and the Nothing That Is

the latter phrase from Wallace Steven's poem The Snow Man.

Once entered, the Metaxy is seductive indeed - very much, as I am pondering, like the quantum realm in its greater accessibility by the paradox-tolerant right brain than by the binary-fixated left brain. 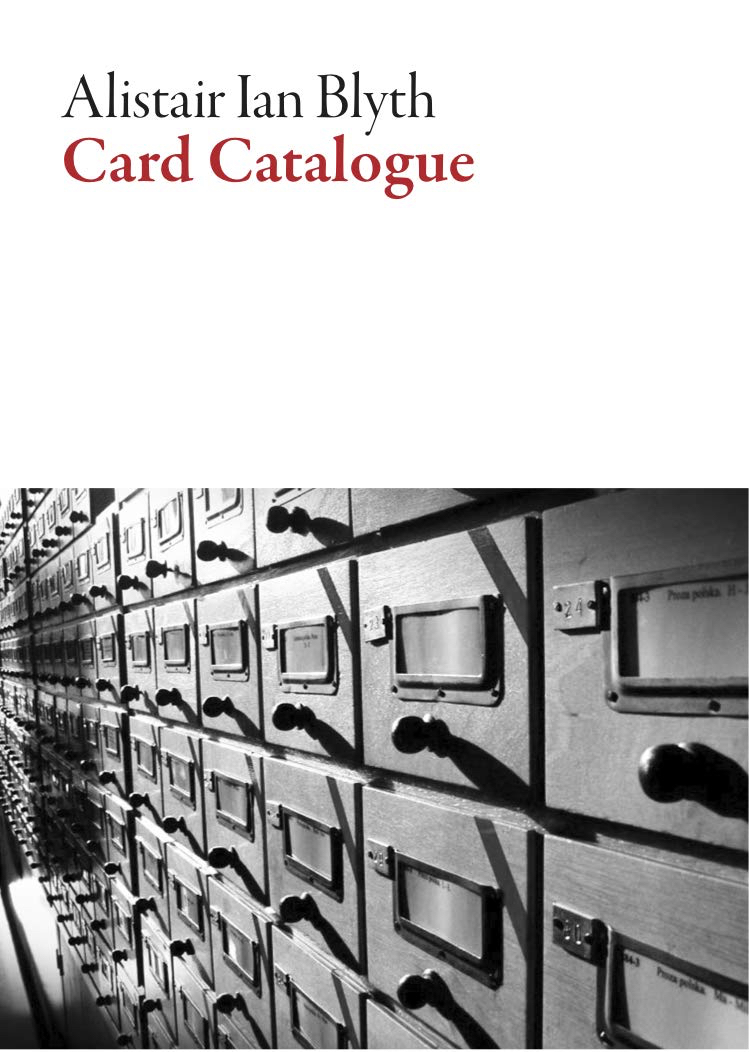 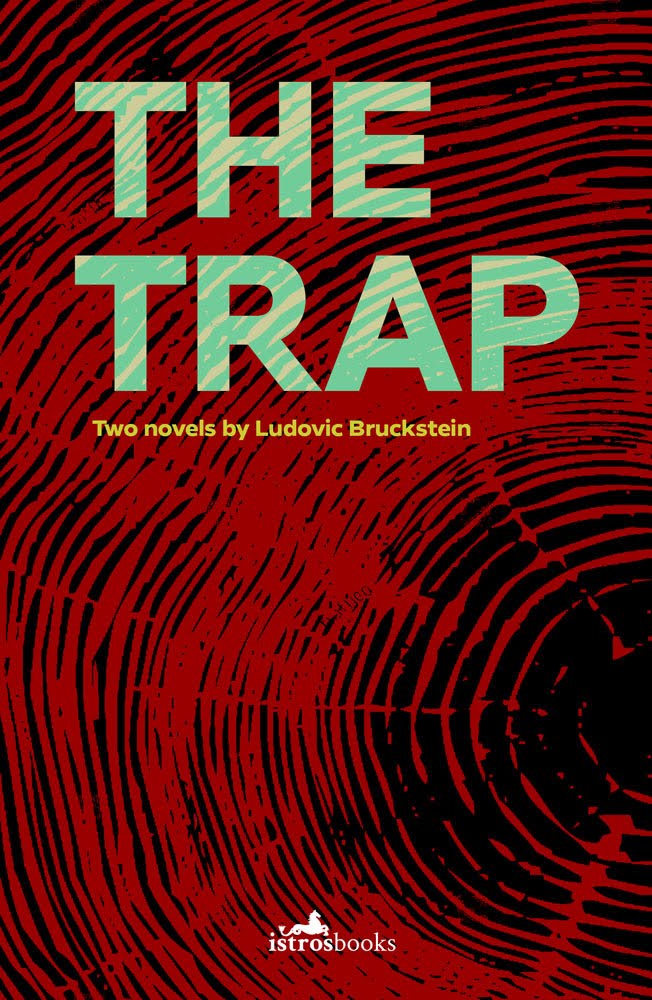 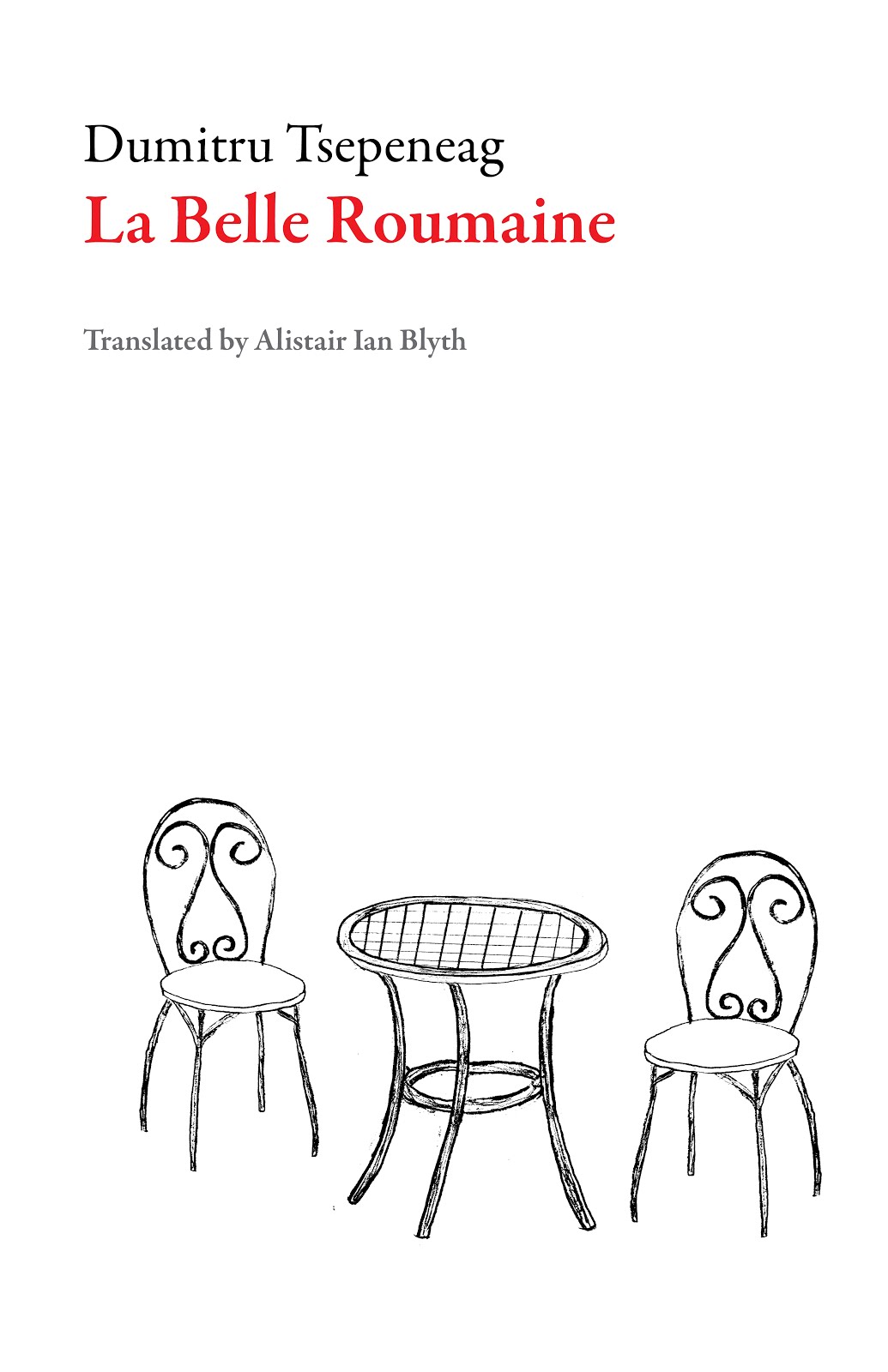 Varujan Vosganian - The Book of Whispers 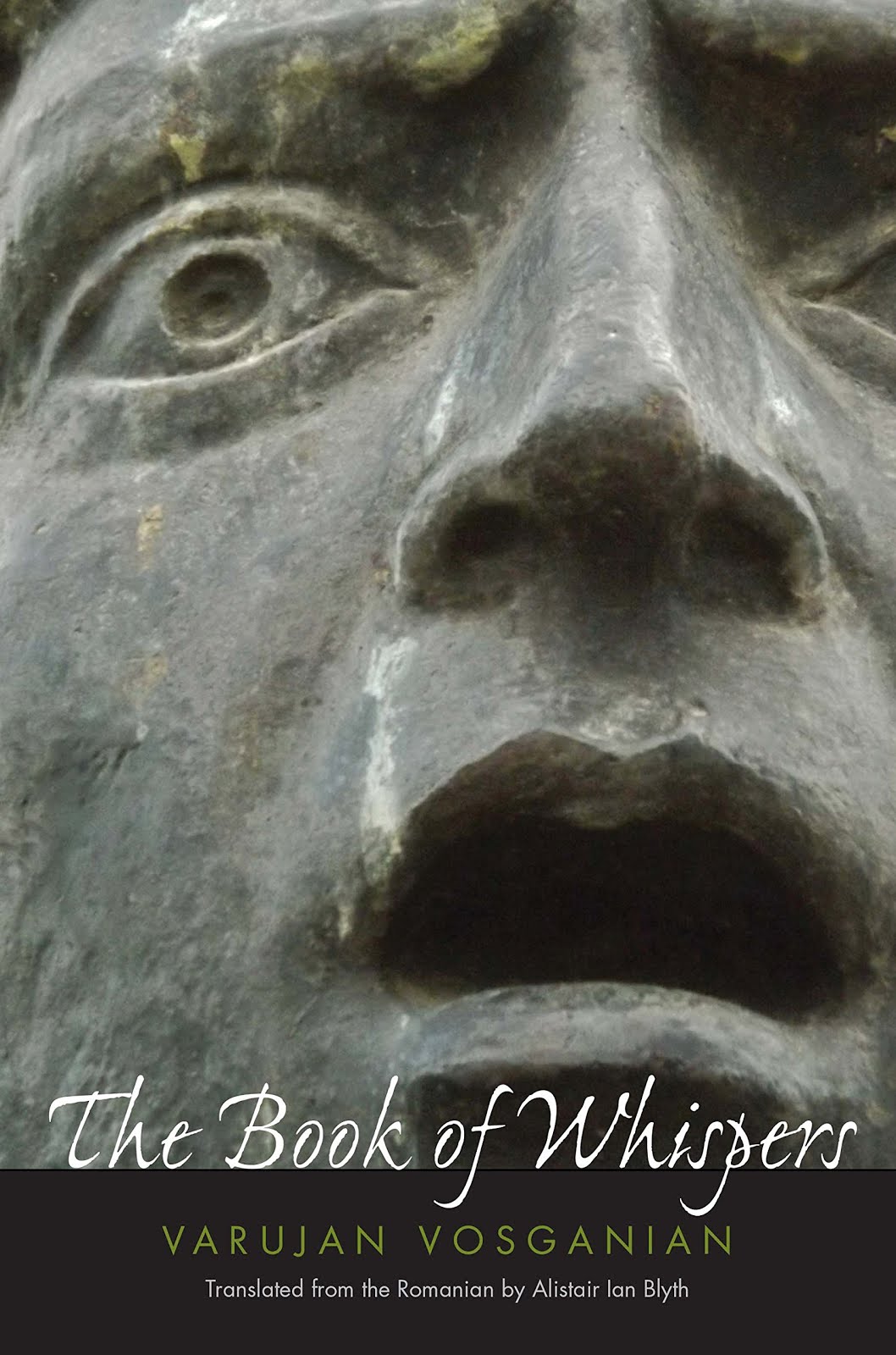 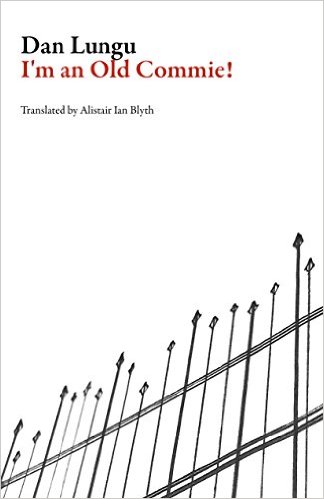 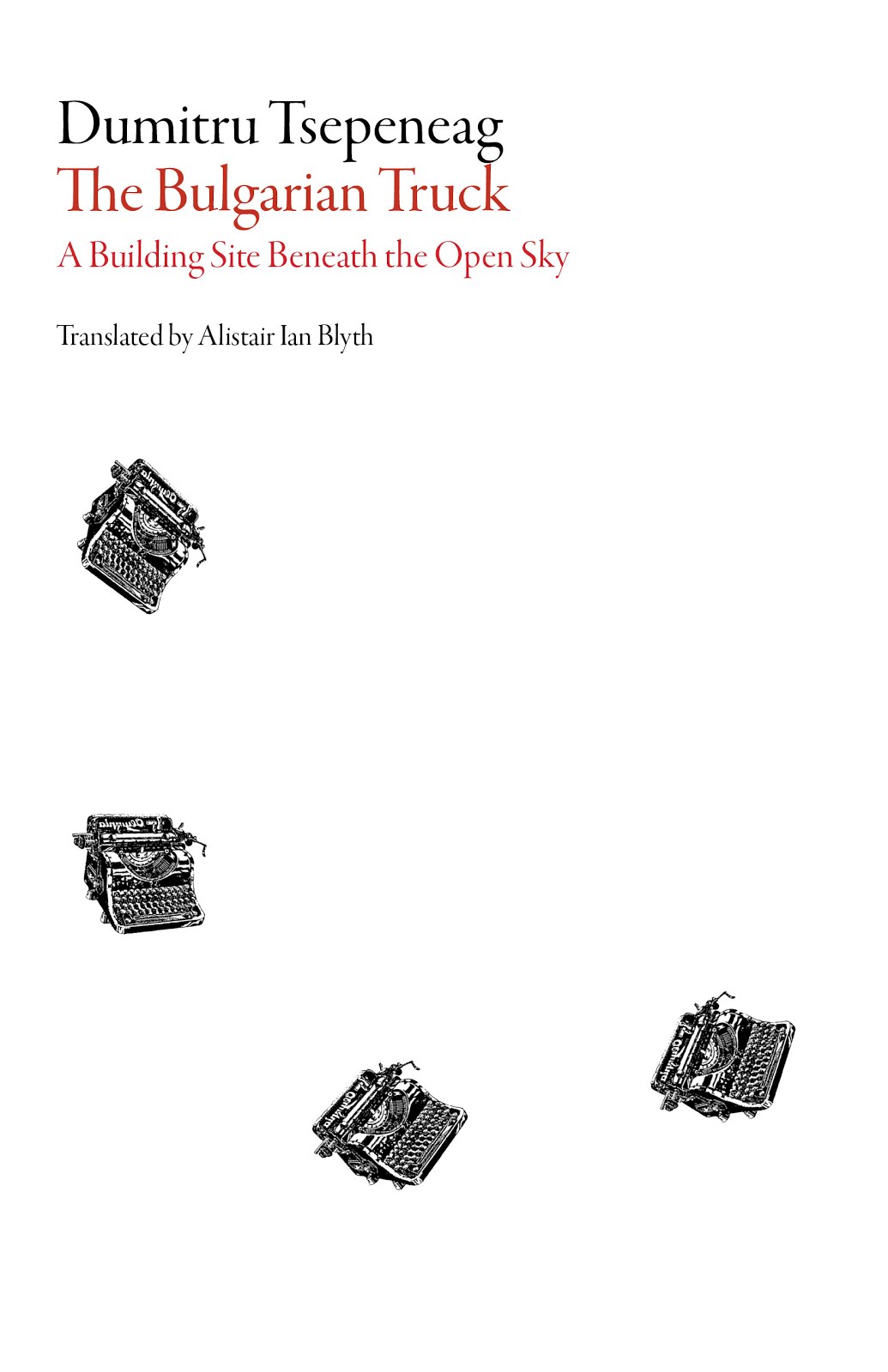 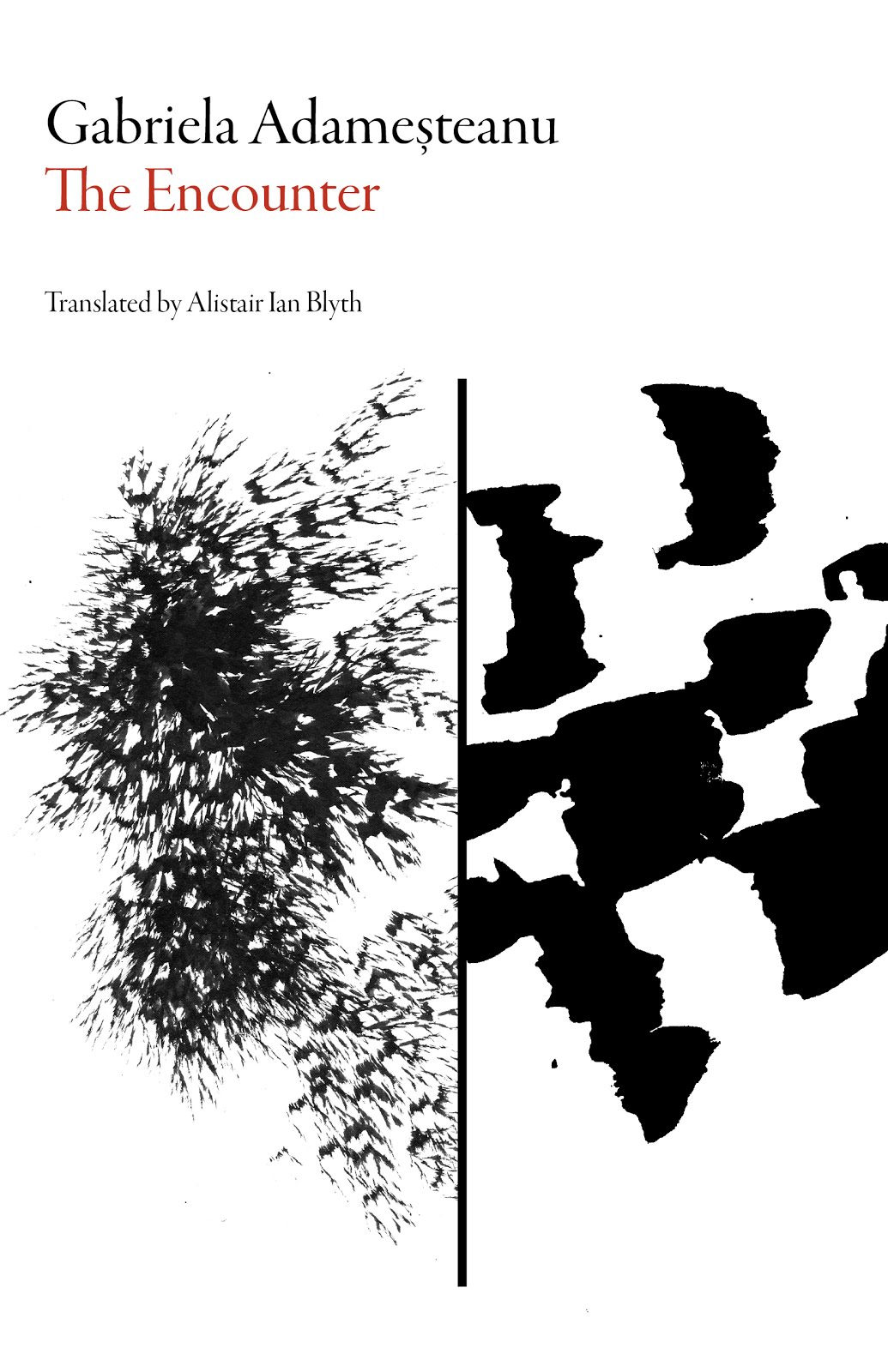 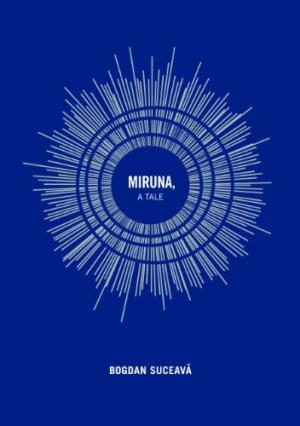 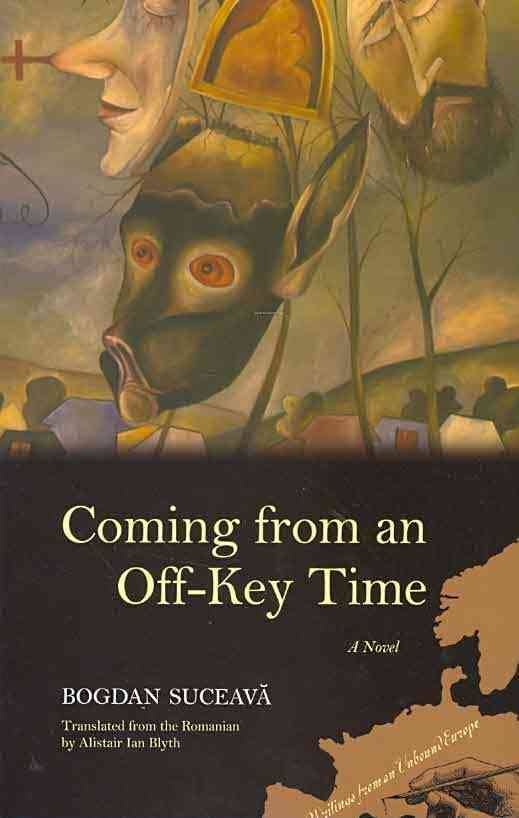 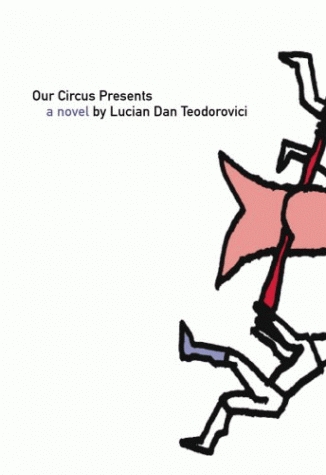 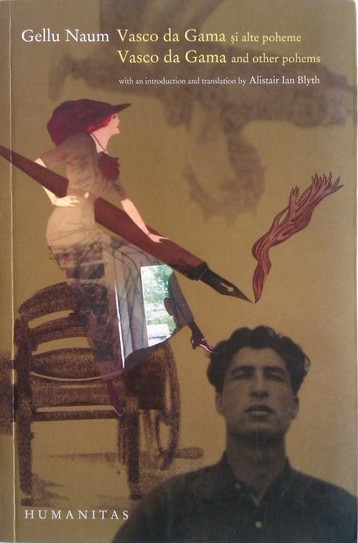 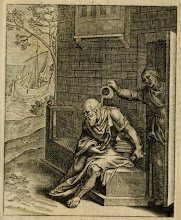 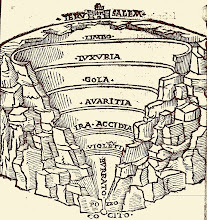